Slow down to increase productivity

The following piece written by our Aitken Fellow, Bill Hubbard, points to an important issue for all leaders: we all have trouble managing ourselves at times and if you cannot manage yourself you cannot hope to manage/lead others.  His piece outlines the rationale for adopting mindfulness as a practice to support your leadership role.  While once I would have dismissed this as a flaky fad, I am now a strong advocate because I can recall many times when I have “behaved badly” due to responding very emotionally when ‘push came to shove’ in certain situations.  More recently I suffered the unexpected and quite sudden bereavement of my husband.  I found that I couldn’t talk to people without tears and after six months of this turned to mindfulness on the advice of a colleague.  It made an almost immediate difference and, for ten minutes a day, was an investment that paid off hugely.  It is is something I would advise for anyone feeling the effects of stress.  Its benefits are similar to regular exercise of the body; you feel calmer, and more able to ‘reflect-while-in-action’. 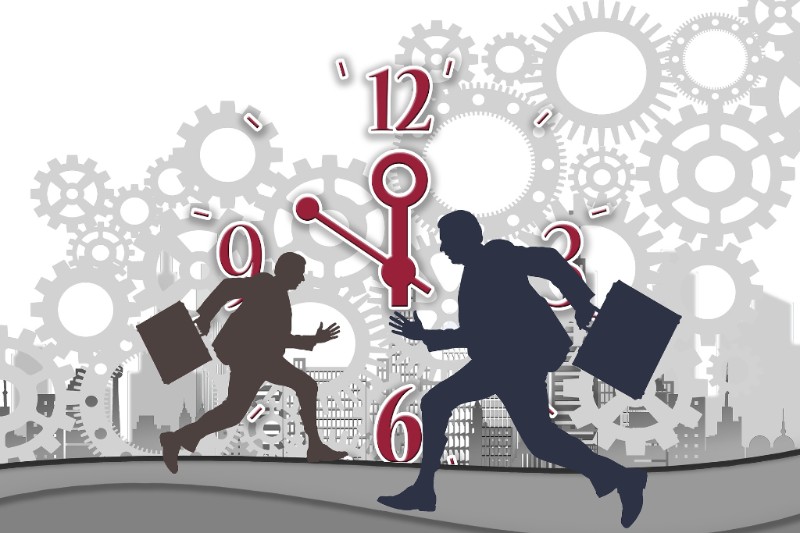 Slow down to increase productivity

Leadership is tough.  Have you ever regretted the way that you handled something?   Have you ever made a decision and then recognised that it was below par - and wondered what drove your thinking at the time?  Have you experienced ‘stress’ relating to your role - the stomach churning feeling that can dog us through days or weeks? Sadly, we all have this experience sometimes and if you are in a leadership position and doing your job and confronting the hard stuff (instead of taking the path of least resistance), you are almost bound to have this gut-churning signal from your brain.  Our biologically inbuilt flight/fight/freeze response encourages us to approach this problem in several ways: flight - to ‘run’ from this stress (avoidance tactics such as sidestepping the pain-points in our work role, or for example, increased alcohol usage in the evening); fight - blaming others for the experience of stress, or blaming oneself for failing in the task, or; freeze - numbly and unresponsively dealing with situations which actively require our mental and/or physical input.

The term ‘stress’ has been explained as the mental discrepancy between what we want, and what we have. For example, we want to have full staff buy-in for a strategic direction and feel distraught about the apparent lack of staff commitment to the direction; the desired state is full staff commitment and the actual state is partial staff buy-in. Gaining full staff commitment cannot be easily changed - the leader has already made their best attempt there. It is more realistic to resolve the discrepancy by reframing our ‘want’ of having full staff commitment, to something more initially achievable. So although stress appears to come from outside of ourselves, psychologists frame stress largely as a mental construct, albeit a very convincing one which traps us all. Given that the deleterious effects of stress on decision making and wellbeing are well known, it is incumbent upon leaders to take responsibility for managing their own stress, for the benefit of personal health, and healthy professional decision making. If we wish to impact meaningfully on the barriers to our success and wellbeing, we need to invest energy in the elements of the causal chain that are doing damage, yet are also within our control. The effective leader becomes his or her own psychologist.

In this new way of working, we seek insight into our own interpretations of events; our motivations, our emotional inclinations, our use of power. As such, we pay attention to our attention; we pay attention to our mental landscape throughout the day. This will not be without challenge as others are fighting for your attention too in what is now known as the attention economy. In this model, each individual’s attention is a scarce resource which is the limiting factor in an era of great consumption. Your attention habits have become of high value, and your mental habits have become tradeable assets; so much so that some writers have speculated that ‘attention transactions’ will replace financial transactions as the future focus of world economics. The message that we should all take from this is that your attention belongs to you and needs protection, so that it may be used for your own welfare and productivity as a leader. That protection can be provided by mindfulness.

As leaders pay increasing regard for their attention, not only do the foundations of stress weaken, but capability for improved decision making increases. New Zealand’s educational researcher Viviane Robinson’s work is strongly influenced by the work of Harvard academic Chris Argyris.  Argyris theorised that all reasoning was ultimately driven by individuals’ beliefs, values and assumptions - for example, when people could not understand a leader’s decision, it was because the leader’s beliefs, values and assumptions had not been explicitly revealed for scrutiny and testing. Unfortunately, these beliefs and assumptions are not just hidden to others, they are often hidden to the decision-maker too, rendering the leader vulnerable to accusations of unawareness, or potentially and unfairly, deceitfulness. As mindfulness increases within the leader, the leader’s once hidden beliefs and assumptions become increasingly evident to the leader, and thereby, to others also.

All people are inherently mindful to a level supported by their genes and upbringing, and that level of mindfulness can be increased through either informal or formal practice. Definitions of mindfulness are numerous, but a commonly used reference for secular mindfulness is from Kabat-Zinn (1994, p.4), “Mindfulness means paying attention in a particular way: on purpose, in the present moment, and non-judgmentally.”  This definition reveals how mindful leaders refrain from giving 100% of their attention to the task - they withhold a portion of attention for observing the decision-maker, not the decision itself. In that moment-by-moment self-reflection, the leader becomes increasingly aware of the beliefs, values and assumptions that he or she is bringing to that task. As that awareness builds, the leader is in a better situation to articulate and reveal his or her underlying beliefs and assumptions to others.  For example, instead of ‘blowing a fuse’ in a tense meeting, the mindful leader may recognise the early onset of unhelpful thoughts/ feelings and be able to step back.

Virtually all leader skill development requires training, yet we tend to think little about training mental acuity; mindfulness can be that ‘mind-gym’. It has been the enthusiasm of the scientific community which has likely paved the way for lay-people to utilise mindfulness. The evidence from brain scanning technology shows us that the brain is ‘plastic’; its function and even structure changes over time in relation to its exposure to its internal and external environment. . As leaders develop in mindfulness, their internal environment comes into increasing clarity; amidst this internal environment is our ‘self-talk’. To some degree, most of us are partially aware of what we are saying to ourselves, about ourselves. For a leader, this internal commentary can at times be an accurate and effective reflective tool to enhance practice. Sadly research reveals that much internal commentary is unmonitored, poorly attuned to the external events, or both. Mindfulness training excels at providing insight into our internal state, thereby granting opportunity for the leader to amend poor mental habits such as regurgitating self-defeating thoughts endlessly, or ‘ruminating’.

Formal mindful practice invites a leader to dedicate some time every day to focusing awareness on their mental/bodily landscape, usually in a quiet place with closed eyes to reduce visual distraction; phone apps can be very helpful but training from accredited providers has benefits. Although, in some ways more difficult, informal practice similarly invites the leader to pay attention during the workday to their own endless stream of thoughts and emotions, but without reacting to them. Although, in one respect, this places an extra demand upon the person, the act of mindfulness provides significant gains to the leader and those around. The old carpenter’s adage of ‘measure twice, cut once’ has strong parallels to mindfulness; slow down to increase productivity. Many studies have demonstrated reductions in role-based stress experiences for people employing mindfulness practice; the application of mindfulness reduces the experienced dissonance between the individual’s internal emotional state and how they believe they can externally express themselves. This dissonance is recognised as being a critical factor in employee wellbeing, especially in the ‘helping professions’, to which education obviously belongs. Mindfulness is not only a gain for the leader, but also for those who work for the leader; when working for employers who showed mindful levels of self-awareness at work, research with employees shows significant improvements in confidence and productivity at work.

Kabat-Zinn, J. (1994). Wherever you go, there you are: mindfulness meditation in everyday life. New York: New York : Hyperion